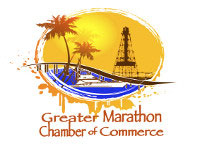 I took some time to think about how to approach this and I still don’t where to start.  I operate a business.  I have more than one thousand passengers on my boat every year.  In a nutshell, I am speed dating strangers on my boat within a limited period of time as we fish, spear, lobster, snorkel and do many other skilled activities in a somewhat harsh and unfamiliar environment to most of my guests.  The success of my business is entirely performance based off of the expectation of a positive outcome, regardless of any circumstance or condition.  I make calculations from my experience in dealing with wind, rain, waves, temperature extremes, current, visibility etc. to make the best decisions for any given trip to make each trip the best it can be.  7 years in business I have honed my skills in guiding my customers into what they think they want to do to working out the right trip that correctly fits the group to the activity.  My office is the ocean that is ever changing and people fool me more than I would like to admit.  People are my greatest challenge out of all the variables I have to work with day to day.  Like any business, I have GREAT customers, I have terrible customers and everything in between.  Without excuse, I make the most out of any situation to bring the best outcome possible.  That’s my job.  Given the power of social media, there are a few imbalances when it comes to online reviews.  I average about 1 bad online review a year.  I always have something to say because any opinion is subject to bias.  My bias is I work my ass off for every person that chooses me as a provider for their ocean adventure.  I take that very seriously.  Many of my customers reserve a trip and just show up like they are going to a movie.  They are ignorant to everything they are entering into and I have to make the magic despite anything.  That is not always realistic or even safe.  Running these kinds of trips is straight up work and risk management because more can go wrong that it can go right on any trip in the best of conditions. 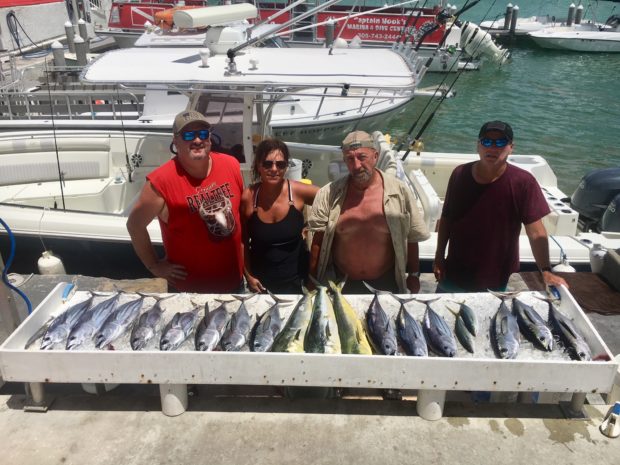 The customer that wrote a bad review picked an offshore fishing trip for dolphin/tuna for his group.  His understanding was the dolphin bite was poor.  WE discussed before the trip all the normal details, as I do with ALL of my customers.  It was clear we were tuna fishing 30 miles offshore in moderate seas and we would target dolphin if the opportunity presented itself.

The morning of the trip the wind was blowing heavier than forecasted.  Before they set foot on the boat I offered them the option to cancel and I proceeded to update them on what I expected for the trip conditions adding 10% more to what I expected wind/seas to be.  I like to be wrong to the good, not the bad.  They wanted to go.  Automatically, this means a more difficult trip.  It is harder on the boat, I will burn more fuel, I will work twice as hard to manage what I have to do.  I inherit more risk of customer injury and I know my customers will be beat up to a degree.  This was understood and I accepted the challenge as they did.  “Borderline at best” was how it was put to them specifically.

Everything unfolded as it typically does.  Offshore trips my customers commonly struggle until they see the pattern of the  operation. I asked them as we left the dock if they knew how to set lines and they didn’t.  No big deal because I would show them many times over until they understood.  That’s how all of my trips go.  It’s conditional, so experience or not, it is done a little differently every time.

On the way out it was rough.  It took about an hour and 40 mins to get to where we needed to be(tuna fishing), having set lines a few times around weed lines to look for dolphin.  A strong East wind will bring us pop up rain showers, which is a daily occurrence here in the summertime.  We got rained on, no doubt about that.  No thunder, wind or lightning.  WE were all wet from the spray of the waves on the ride out, it was not an issue until after the fact I guess.   Rain jackets were offered before we left the dock and before we went through the rain.

We get to the humps.  We set 3 lines for tuna and were into the fish immediately.  After a few sets and issues my guys started setting the lines wrong.  I was responsible for 1 line, the 4 customers were responsible for setting 2 lines.  I showed them many many times how to work together as a team and make setting a line very easy.  3 steps.  The fundamental issue was my customers were endangering their hands from a severe line cut if a fish hit the line as they set it their way.  Laying an $800 fishing rod/reel on the deck and putting a no stretch high strength braided line in their hands as a lure is 100ft behind the boat where the fish can hit it and take off is very dangerous.  The last time that happened the customer on that trip was charged $800 when his way didn’t work, I (of course) got a bad review and the guy threatened to “put me out of business” when the rod went overboard.

We were into the fish and it was working awkwardly.  Some stuff was working.  Setting the lines safely was not.  AS I WAS SAYING NOT TO SET THE LINES AS HE WAS SETTING THE LINE THE WRONG WAY AGAIN….tuna hits the bait, line rips out of his hands (didn’t catch in his finger crease luckily)and the rod rockets into the transom of my boat.  It knocked the ceramic guide out of the rod tip and it bent the reel bail wire(I didn’t know that at the time).  I said “did you see how stupid that was?!  That’s exactly why I have been telling you to do it the right way.”  I don’t need to call my customers names.  That doesn’t help anything.  That was the second rod put out of commission on this trip.

Shortly after, my customer had a hissy fit shouting and yelling about how they didn’t need to be treated like that and demanded they be taken back to shore.  I went to the front of the boat and addressed it immediately because we were in first time ever territory for this kind of behavior from a customer and I wanted to be crystal clear as to how we were going to proceed.  He told me we were fishing too hard too fast and it was too much work.  I countered with we could immediately go in or fish 1 line to slow the pace  He agreed and just wanted to be alone to cool off from his moment.  We fished one line for 30 minutes until he realized that fish after fish one at a time wasn’t really fantastic.  We fished 2 lines for 15 minutes and I budgeted my travel time back in to get us to a 6 hour offshore trip.  It was never specified how long we were to be on this trip.  We had a box full of tuna and 3 nice dolphin.  I was over this trip.  I wanted these people off my boat.  I didn’t want to be part of this situation any longer than I believed I had to.  I announced when we were doing what and how we were doing it.  No issues with that.  It was a rough ride back in too, which took me 30 minutes longer that a 6 hour trip.  The entire ride in the customer made sure he sat next to me with his back turned to me in disapproval of whatever.  We got back to the dock and I cleaned fish by myself for almost an hour and a half.  They stayed away from me to show their continued disapproval.  They payed their balance and left.  I didn’t tell him because he didn’t have a choice, but I charged him $50 for the damaged rod tip.  It cost me $120 to fix the damage from that one mishap.  Thanks for the $20 tip.

I do what I can to prevent problems.  I don’t want to have bad trips.  Bad trips and problems are going to happen, end of story.  Social media is a powerful tool.  Sometimes you can shame yourself more than you can shame me with your bad review.  I believe I offer the best premium services with the best equipment and the highest level of professionalism that I can offer day to day to day to each group.  If you are a guest on my boat and choose to be negligently ignorant to what you are doing, you damage my equipment by misusing it or not following directions and you put your safety and others at risk, then you are the problem.  To further it when I held my end of the deal all the way through and tolerated many intolerable situations and you feel the need to go 1 step further to post a biased bad online review that I can’t respond to, you are the problem.  If this was my regular customer I would be out of business via injury lawsuits that would naturally come from operating with out of line people.  My other choice would have been to turn them away at the dock and I’m certain I would have ended up with a bad online review for doing so.  I think that is more likely going to happen in the future.  I can often see and hear the storm before it hits and I do turn away many people each year.  I just can’t read everybody correctly.  So, here is their version of their trip.  It’s crazy they didn’t mention the significant details.  When I agreed to take them out after we discussed the conditions for their trip, I accepted extra time, work, liability and cost would be involved.  This is the outcome.

“Very poor experience captain was nasty to us and threw us all over the boat shifting in to gear before we were set. He even called one guy stupid. I have been on a lot of trips and I have owned my own boat this was a horrible experience. Captain Kevin maybe has everyone else intimidated and they won’t make honest reviews. He got in 800 feet of water and tried bullying us and I was the wrong person for that. He ended the trip early and still charged full price therefore my tip showed my true feeling in his work. We caught fish but had I never said nothing I think we would of had us very much in danger. He drove us straight through a rain storm on the way out totally ridiculous.”